Back to Main Menu
Home 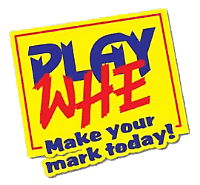 Play Whe has been around since ancient times and was brought to Trinidad and Tobago by the Chinese immigrants. It was traditionally referred to as "Whe Whe" and "Chinapoo"; a numbers game played by persons who where influenced by dreams, superstition and mood.
Chinapoo, the Chinaman jumbie is used as the play whe symbol today; his body is divided into 36 parts with each part marked with either a symbol, partner or spirit numbers, depending on the chart. Play Whe has since been creolised and began using marks like Crapaud, Jamette and Corbeau.